Economy: What in the wide world of sports is going on? 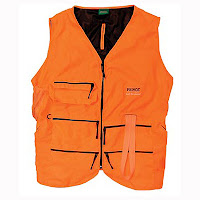 What the heck is going on?  For years we were told that Americans didn't save enough.  We spent too much money on liabilities.  Too bad that our entire economic empire was built on that kind of frivolous spending.  Now we hear the talking heads say that the way to jump start the economy is to get people spending again!  Seems a little paradoxical to this guy.

I'm a little worried about recent events.  Sure we've seen people flee investments for cash before.  I'm not sure it'sever been like this though.  The best I can do is read up on history and talk with those who have lived through it.  Seems the wise move is to sit tight and hold onto your money right now.  No problem.  The wife and I paid off all of our debt (except the mortgage) earlier this year.  We're alright.  What concerns me is my job.

You see.....I'm a fundraiser.  I ask people to share their hard-earned money with not much in return other than a sense of civic pride.  I believe in my organization.  100%   Our constituents believe in us too.  However, when things are tough, charitable giving is usually the first thing that a family or business cuts.  Understandable.  Been there, done that.

A person's self-perceived wealth is most times based on the performance of their investments, their job and the news headlines.  Even if a person is safely employed, the other two factors are ruining it for me right now!  It's going to be a hard sell to convince folks to consider charitable donations in an environment like this.....much less trying to get them to increase over last year's giving.

I don't say any of this thinking that I would lose my job.  We're going to have a good campaign, the volunteers are going to be great, as always and we're going to raise a lot of money for a great organization.  I say it on more of a personal level.  I have set some pretty lofty goals for myself.  Maybe it's natural, but I'm starting to doubt just how attainable those goals might be.

Back 'er Down real world comparison:  It's kind of like when you have the big daddy deer in your cross-hairs and just before you pull the trigger, buck fever strikes and you start shaking.  You want to shoot it.  It's right there.  You're just too amped up to keep still and make the shot. (you knew I wouldn't do a serious blog without hicking it up just a little)


But there is good news!  We have an awesome team!  There are dedicated folks, both employees and volunteers, who are going to come together and get us to the goal.  We also have generous supporters.  I know they will step up to the plate when the time comes.  In a time where I have a little bit of personal uncertainty  knowing that those folks are there helps me sleep at night.

How cool would it be if I somehow incorporated 500 square inches of hunter's orange into my suit?  Ehhh.  Maybe not ;)

We're at the end of the first week of Kindergarten and I proud to report that it was a great week!!

Edit and Update:  This was a draft blog that I had planned to expand on.  However, I hit the publish button instead of the save button.  didn't even realize it!  LOL!  Well, since Trey commented, I figure that I'll just leave it.  If you like the outdoors, Browning firearms, antique furniture, the Atlanta Braves, or the Georgia Southern Eagles, check out Trey's blog.  It's a good one!   http://treyluckie.blogspot.com/
Posted by Alex at 5:53 AM 5 comments: